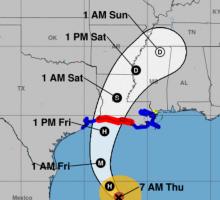 Multiple Louisiana State Parks and Historic Sites were affected by Hurricanes Laura and Delta. Nearly all parks and historic sites have recovered and reopened except for:

Get Directions
Hours of Operation

Free for senior citizens (62 and older)

Free for children 3 and under

Originally opened as the College of Louisiana in 1826, the school occupied an old courthouse and other buildings in the town of Jackson. The college steadily grew and two dormitories were built on new property in 1832 and 1837. The West Wing, the latter of these two buildings, remains today.

After less than 20 years, the College of Louisiana closed because of declining enrollment. Suffering similar problems was the Methodist/Episcopal-operated Centenary College at Brandon Springs, Mississippi (established in 1839).

Centenary then moved to the vacant campus of the College of Louisiana. Since the all-male student bodies of the two institutions were effectively combined, the school succeeded with the name Centenary College of Louisiana now owned and operated by the Methodist/Episcopal Church South. At its peak, shortly before the Civil War, some 250 students and 11 faculty members occupied the campus.

The Civil War had a profound effect on Centenary College, as it did on most Southern colleges. The school closed for the duration of the war and its buildings were used by both Confederate and Union troops. The dormitories became hospital space in October 1862 and during the siege of Port Hudson in 1863 and Union troops used the Main Academic Building as an area headquarters.

Centenary College reopened after the war, but with repairs needed and low enrollment, it was unable to regain its former prosperity. In 1908, searching for a wider student population base, Centenary College moved to Shreveport, where it remains today. The Main Academic Building and the East Wing dormitory were demolished in the 1930s; only the West Wing and a professor's house still stand.

In 1979 Centenary State Historic Site was added to the National Register of Historic Places, an honorary designation for significant historic sites.

A Birder's Guide to Louisiana gives directions to over 100 areas for birding throughout the state, includes maps, Louisiana specialties, and contains beautiful photography and checklists of Louisiana birds and other wildlife. The Guide was produced through a partnership between the Atchafalaya National Heritage Area and the American Birding Association.